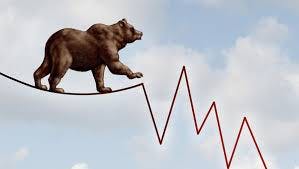 What happens when you retire at a stock market peak? Will an immediate bear market forever alter your retirement plans? Or, with good financial planning both before & after retirement, will your portfolio be able to survive and possibly thrive?

After a quick, but intense, selloff in late 2018, the market has spent the early part of 2019 recovering. In late April, the S&P 500 surpassed its high from last September, recouping all its fourth quarter loss and reaching a new all-time high.

Putting in a new all-time high made it official, this bull market is now over 10 years old, which is long by historical standards. For someone pondering retirement, an aging bull market hitting new highs can cause some anxiety. 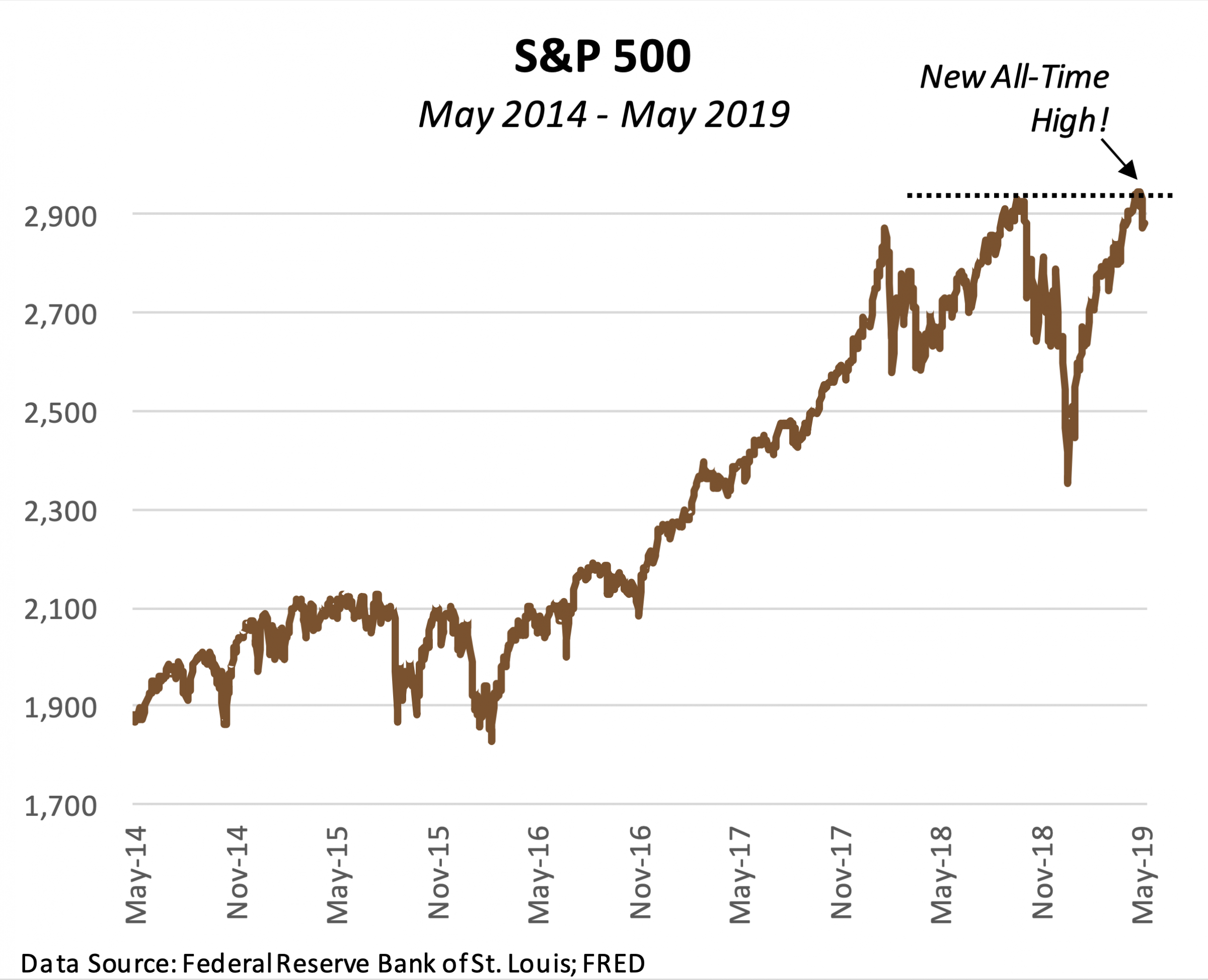 While we are by no means predicting an imminent bear market, we do think looking at the risk scenario is prudent for someone approaching retirement. How the market behaves in the next few years is anyone’s guess (run, don’t walk, away from anyone who claims they know). We can, however, look at an example period in the recent past when the market was very overvalued based on historical measures.

In 2000, the market was coming off the strong performance of the 1980s and 1990s. From 1982 through 1999, the market grew at an amazing 18.3% per year. Much of this came during the Tech Bubble period of 1994-1999, when the market soared higher at an average annual rate of 28%. This growth, however, came at a cost, with the market rising to an almost unheard-of valuation of over 30 times earnings in 1999. For comparison, we are currently at a more moderate 21 times price/earnings.

In March of 2000, the bubble burst and over the next decade the S&P 500 saw not one generational bear market, but two. From March 2000 to October 2002, the market lost half its value, falling -49%. Then, from October 2007 to March 2009 the market dropped -57%. These were the two worst bear markets since the Great Depression and happened within 5 years of each other.

What would have happened had you decided to retire at the end of 1999, just as the market peaked? The table below shows an investor with a beginning account balance of $1 million and their performance from 2000-2018. We assume a portfolio rebalanced annually of 60% stocks and 40% bonds. We also model a beginning withdrawal rate of 4% ($40,000), increasing annually at the inflation rate (Consumer Price Index).

Through the two worst bear markets of the last 80 years, the account has maintained its balance even with annual withdrawals. The retiree would have withdrawn just over $945,000 from their nest egg over the last nineteen years, which is roughly equivalent to their starting balance of $1 million.

Thanks to market appreciation, dividends, and interest payments, the ending account balance today would be $948,000, just shy of the starting balance in 2000. Despite what many would fear, retiring at the peak in 2000 led to a financially solid retirement. 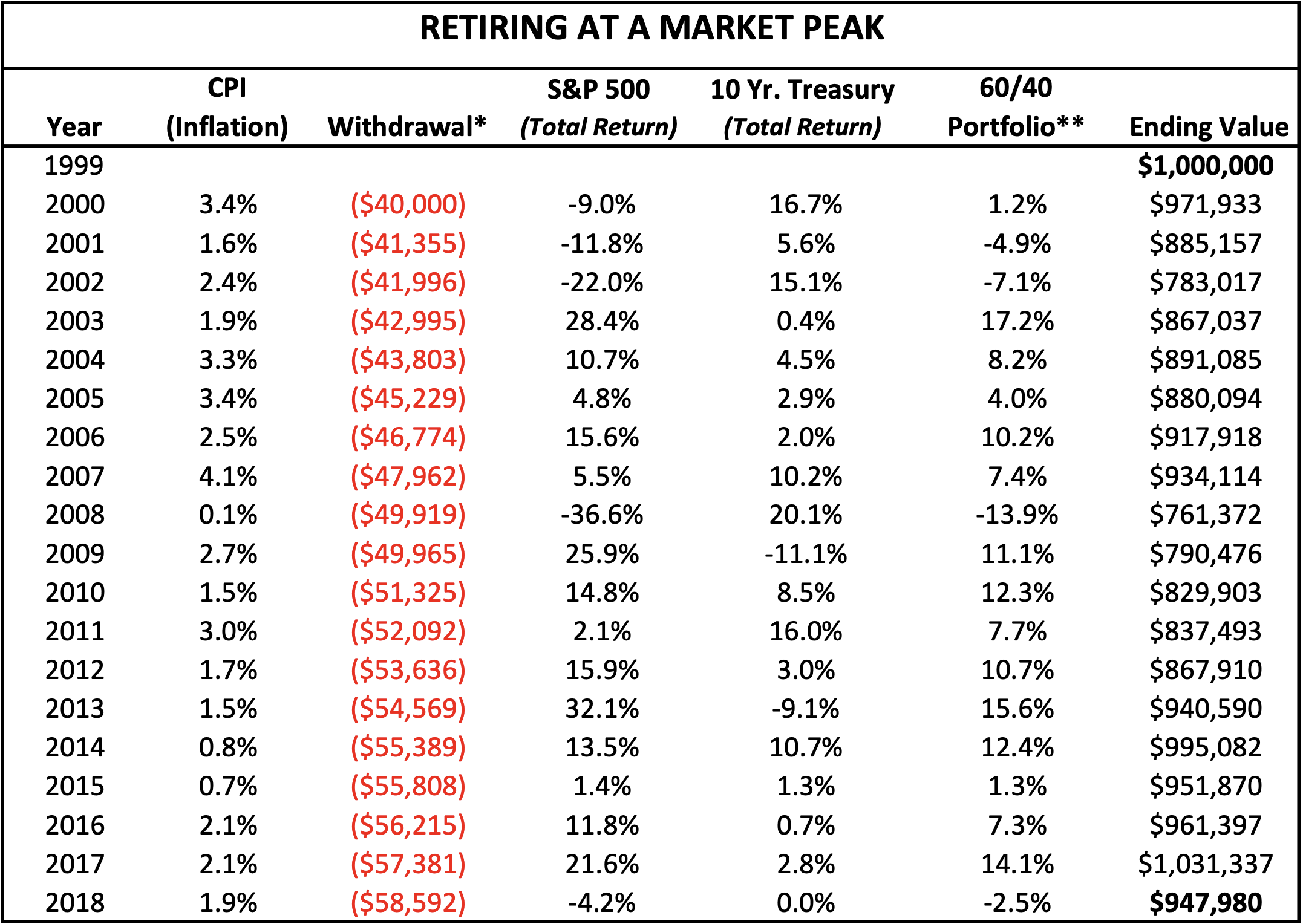 Disclosure: The table and performance returns represented are hypothetical because they do not represent the prior performance history of Allied managed accounts. Your actual portfolio may vary significantly from the investments listed above. Hypothetical returns presented within this document are presented as gross-of-fees performance figures and do not reflect the deduction of investment advisory fees or transaction costs, which if applied would reduce the performance returns. You cannot invest directly in an index. Past performance does not guarantee future results.

Bear markets, no matter when they happen, cause stress – both to your portfolio and to you personally. When properly prepared for, though, they do not have to change your retirement plans. The best way to prepare is to find the right asset balance for your portfolio and to have a prudent withdrawal rate. A 4% withdrawal rate adjusted for inflation appears to be very reasonable.

The right asset allocation will vary from person to person depending on portfolio size, time horizon, and personal risk tolerance. The key is to find the right balance between the historically more volatile but higher returning stocks and the steadiness but lower yields of bonds. We would be happy to sit down and discuss your allocation and help with the planning process for your retirement.

If you have any questions about your account(s), or if there has been a change in your financial situation or investment objectives, please feel free to contact our office to schedule a meeting.

The views expressed in this newsletter represent the opinion of Allied Investment Advisors, a Registered Investment Adviser. This material is for informational purposes only. It does not constitute investment advice and is not intended as an endorsement of any specific investment or services. The information provided herein is obtained from sources believed to be reliable, but no representation or warranty is made as to its accuracy or completeness. Investing in equity securities involves risks, including the potential loss of principal. While equities may offer the potential for greater long-term growth than most debt securities, they generally have higher volatility. International investments may involve risk of capital loss from unfavorable fluctuation in currency values, from differences in generally accepted accounting principles, or from economic or political instability in other nations. Past performance is not indicative of future results. Investments are not a deposit of or guaranteed by a bank or any bank affiliate. Please notify Allied Investment Advisors if there have been any changes to your financial situation or investment objectives or if you wish to impose or modify any reasonable restrictions on the management of your accounts through Allied Investment Advisors. 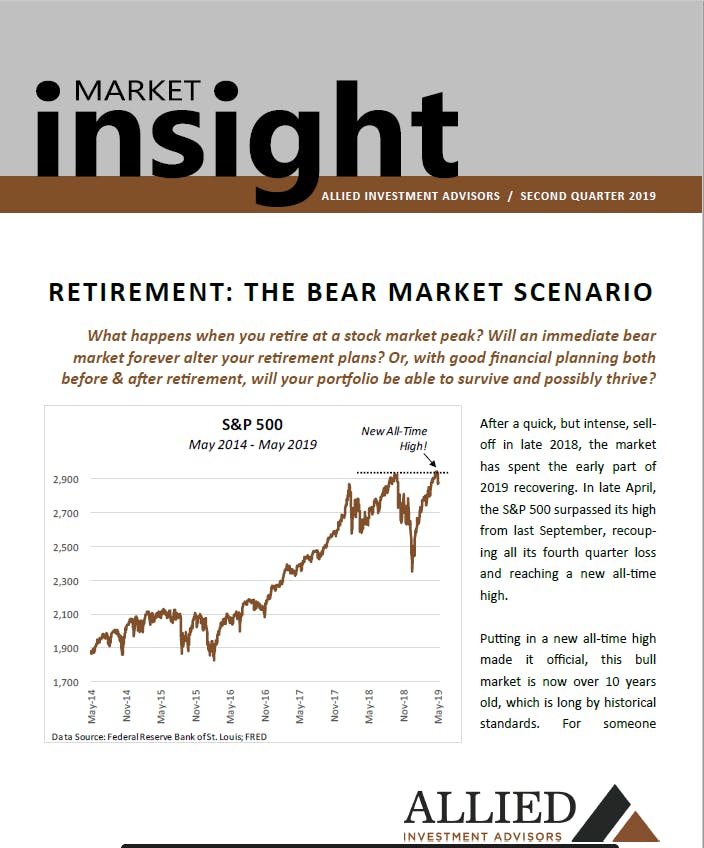