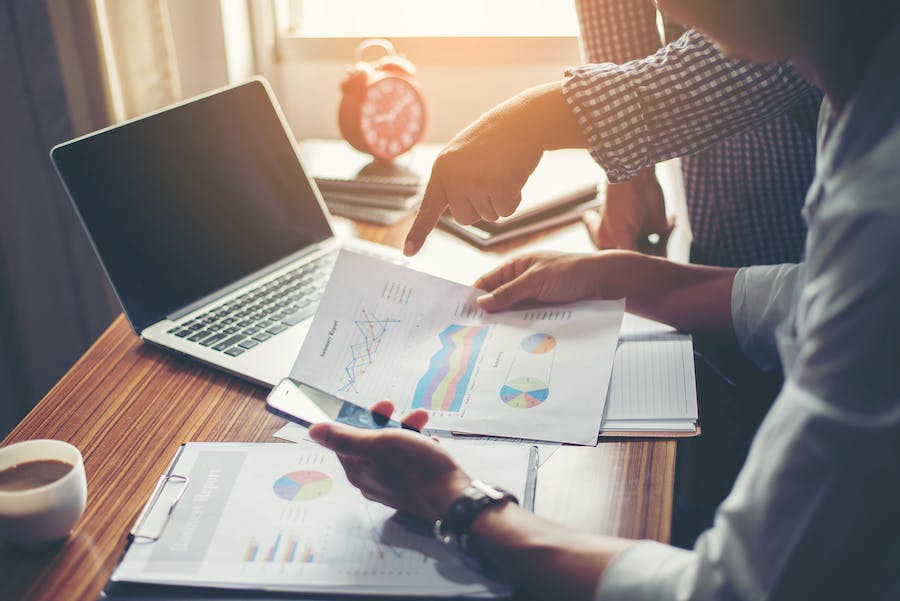 In early March, the current bull market celebrated its 9th birthday – a milestone for an expansion that few have believed in.

This is now the second longest bull market since the Great Depression, trailing only the Technology Bubble of the 1990s. While the current market continues to have solid fundamentals, risks do rise as the expansion ages, making now a good time to review your asset allocation and risk tolerance.

Almost every step of this nearly decade long expansion has climbed a wall of worry. 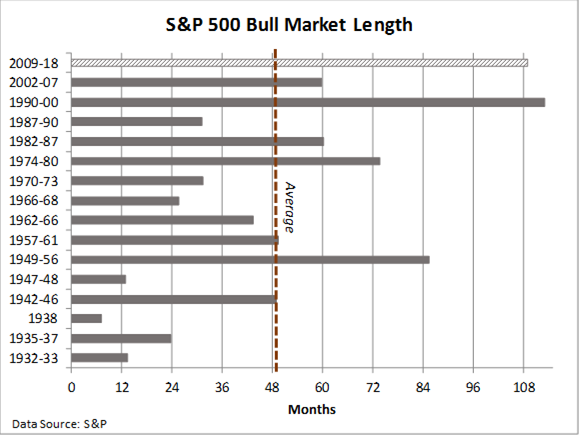 Concerns about a credit downgrade (2011), the debt ceiling (2012), the Fed “taper tantrum” (2014), and an oil price collapse (2014-2016) have all caused short-term market corrections. There have been twelve pullbacks of 5% or more, along with four corrections of greater than 10%. The summer 2011 drop of -19.4% might not have met Wall Street’s technical definition of a bear market (a 20% loss or greater), but it certainly felt like a mini-bear. Many market pundits would say this has been the most hated bull market ever – making it very difficult for retail investors to participate without a disciplined, objective strategy. 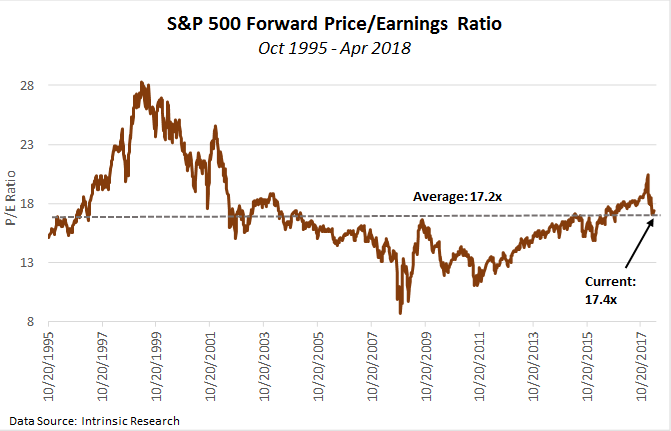 Despite investor pessimism, this economic expansion has been supported by solid fundamental growth. Coming out of a very deep trough in 2009, low inflation and stimulative interest rates have helped fuel a slow economic recovery.

Corporate profits have benefited from these tailwinds and moved steadily up. Despite a softening in 2014-2016, attributable to a drop in oil prices, the overall trajectory of earnings has pushed the market higher. Even today, looking at expected 2018 earnings, the market trades at 17.4 times earnings – roughly in line with its long-term average of 17.2 times. While we wouldn’t argue that the market is cheap, it doesn’t appear to be significantly overvalued.

There are, of course, issues we are concerned about. A trade war can have a big impact on corporate earnings, especially for large cap companies with significant overseas revenue. The growing national deficit is a concern on how it impacts credit ratings, inflation, and interest rates. There is also the concern that corporate earnings estimates may be too high. The recent tax overhaul has boosted most company’s earnings estimates, but there is a risk that some of the optimism may be overdone.

One of the biggest shifts in the market, and an area we’re watching closely, has been the change in interest rates. The Federal Reserve has now raised short-term interest rates six times this cycle, and they expect to continue raising rates through 2018 and into 2019.

In December, the yield on short-term Treasury notes went above the S&P 500’s dividend yield. After almost a decade of very low interest rates (less than 1% in many cases), yields are finally up. The 2-year Treasury note now yields 2.5%, above the S&P 500’s 1.8% dividend yield. Other high quality short-term securities (CDs, agencies, and high quality corporates) are now approaching 3.0%. The penalty for investing in fixed income is [slowly] going away. 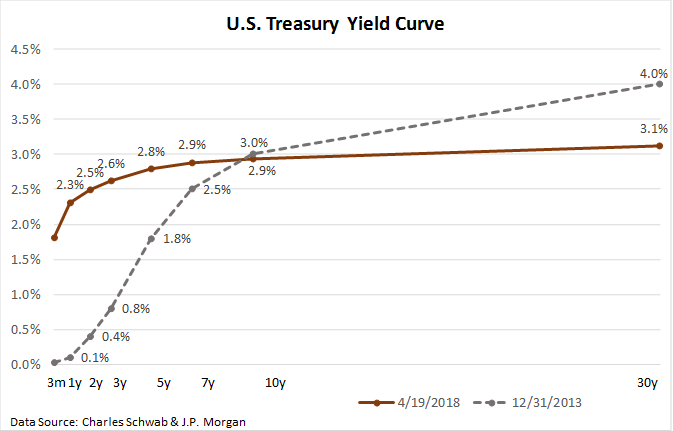 A more attractive fixed income environment is a good opportunity to review your asset allocation. Over time, the stock market goes up roughly 75% of the time, so it pays to be invested. Yet, when a bear market does arrive, it typically lasts 18 months and stocks see an average decline of 38%. For someone in retirement, losing over one-third of your portfolio can be life altering.

You need a portfolio allocation consistent with your risk tolerance and time horizon. While it’s important to be invested in high quality companies over the long-term, you also need an allocation that is “survivable”. We need to be able to ride through the tough markets in order to benefit when the market turns positive.

We would be happy to talk with you in the coming months to make sure you have the right asset allocation, not just for the 9th year of this bull, but for any market circumstance.

The information provided herein is obtained from sources believed to be reliable, but no representation or warranty is made as to its accuracy or completeness. All securities products mentioned in this newsletter are not insured by the FDIC or any Federal government agency and may lose value. Investments are not a deposit of or guaranteed by a bank or any bank affiliate. Please notify Allied Investment Advisors if there have been any changes to your financial situation or investment objectives or if you wish to impose or modify any reasonable restrictions on the management of your accounts through Allied Investment Advisors. 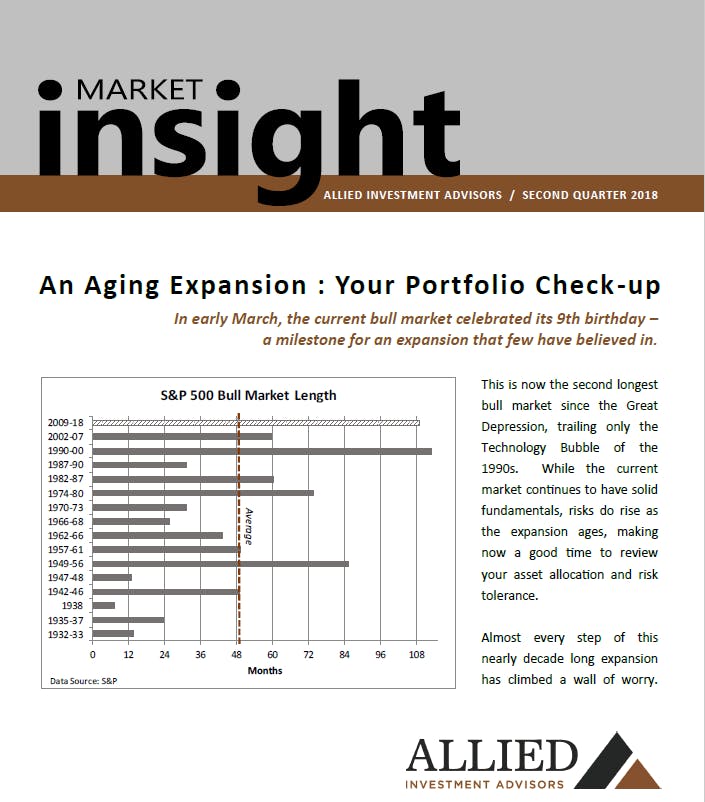